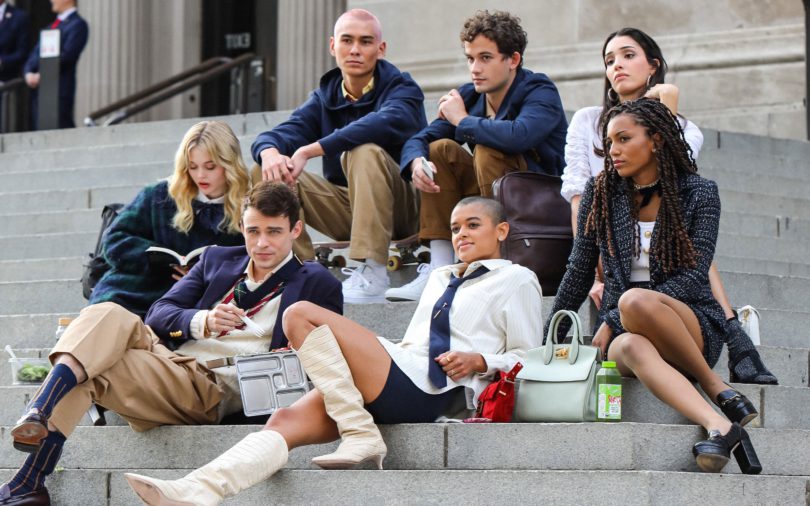 More than a decade ago, the original Gossip Girl hit our screens and left a mark. Fans have been rejoicing ever since the news of a reboot broke out. However, do you think the new show will be able to have the same impact?

Here are the answers to the questions that have been popping up in your minds.

Once again, the show is set around the same school, Constance Billard. A new generation of high schoolers will be under the social scrutiny of Gossip Girl. Set in the digital age, the main focus will be on the impact social media has on our privacy.

Hence, the backbone of the show remains the same.

A brand-new cast has been brought in. However, fans of the original series would be delighted to know that Kristen Bell is returning. Below are some other main characters:

The original creators, Joshua Schwartz and Stephanie Savage, are acting as the executive producers. Hence, ensuring that the revival will have the same element as the original.

Though the reboot is set in the same society, events will be taking place in today’s timeline. The social platforms have evolved, and there will be more invasive surveillance. Moreover, this time gossip girl will be operating through an Instagram account.

A diverse cast has also been roped in since there will be more LGBTQ+ representation. As per the writer, there will be no slut-shaming or catfights in the reboot. Many slow burns are to be expected and each episode will observe a different type of event.

An unexpected plot twist will also take place. However, so far, the details are being kept under wraps.

A short teaser to introduce the characters hit the internet on 28th May. Last week a 2-minute trailer came out which gave a glimpse of our new Upper East Siders. The show’s Instagram handle has also released pictures of the characters and a leading characteristic they’re portraying.

Many of the fans are ecstatic that their favorite show is returning. At the same time, some are comparing the revival to its predecessor and not prone to watching. However, both series are set in different eras and with a different take on privacy invasion.

“Xoxo, gossip girl,” has been a phrase that many of us have spent years listening to.  With the same essence as the original, the reboot offers an entertaining plot with a stellar cast. Thus, the new continuation will surely keep you hooked.