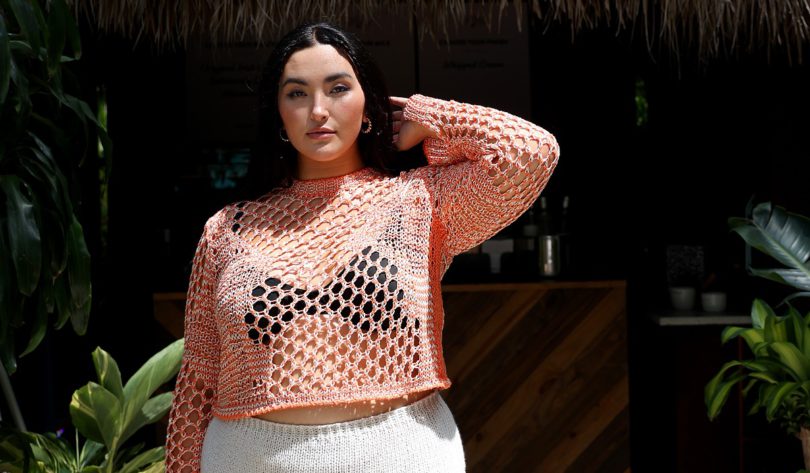 Celebrities have routine check-ins with their agents to see what is going on and the possibilities of work. Even Yumi Nu was visiting her agent for what she thought was a routine check-in. Little did she know that there was a surprise waiting for her at this interview.

Let’s find out what happened.

Yumi Nu went to her agent for a routine talk. However, in the middle of this talk, MJ Day and the other staff and crew came out with a camera and revealed that Nu would be featured on the cover of the magazine issue this year. Of course, it was the opportunity of a lifetime for Yumi Nu, and she was filled with joy as she heard the news.

According to Nu, she could not talk or move, she had body chills, and she began crying because it was an incredible surprise for her. As soon as she got the news, Nu called her boyfriend. He emphasized that if he was a young boy, he would have her poster in his room.

Why Yumi Nu’s SI Cover Is A Win

The beauty industry has been setting impossible standards for girls for a long time. They promote thin bodies without any scars, stretch marks, cellulite, or other common body things. However, things are finally changing as we are now seeing plus-size models in the industry.

Yumi Nu is a plus-size model, but she not only promotes body diversity but also racial diversity. That is because Nu is of Japanese and Dutch extraction. She wants to be a role model and represent the plus-size Asian community, and we think she is doing great.

The Beginning Of Nu’s Career

Nu was born in New Jersey, and she moved to Maryland. However, when she was 14 years old her family moved to California where she attended high school. Even when Nu was young, she was starting her career on camera but that first gig was fleeting.

She returned to modeling when she was 12 and by 15 she was writing her own songs. After the trends of inclusion came up, she began her career as a model, and there were many possibilities for her to shine. Ashley Graham on the SI cover of 2016 opened the door for other people with different body shapes to take the stage.

Now, it is time for Yumi Nu to shine on the cover, and we think that she looks great. We hope the modeling industry keeps going in the direction of inclusivity so that more people can be encouraged to join the industry. After all, we all deserve to feel good about ourselves.

That was everything you needed to know about the surprise cover reveal of Yumi Nu. We are incredibly happy for her and we hope that she gets more covers like these along with other plus-size models. It is their time to shine and take over the world.