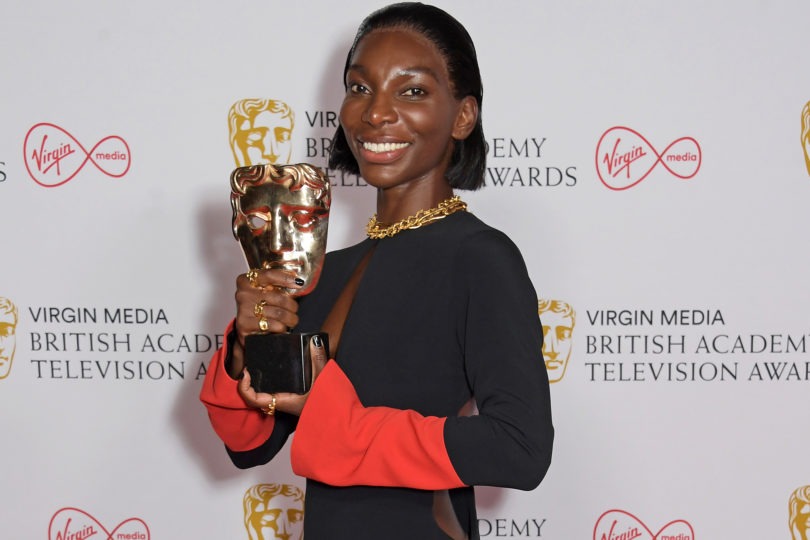 If you’re into watching British shows, then you should know that the BAFTA is one of the more prominent award ceremonies of the year. There are plenty of shows and movies competing against each other, and this time around, you will surely be stunned to see the results. Those shows that were renowned across other award shows were not lauded this time around. Instead, you will find the I May Destroy You’s actress took the leading award for best leading actress.

I May Destroy You Takes The Lead

You will find that the results of the BAFTA awards were quite amazing. The show, I May Destroy You, went home with about two of the more prominent awards of the evening. There is something so great about how the story has been presented and the skills of the leading actress, Michaela Coel, that there was no denying how well-deserved the wins were.

Not only did the show win to best leading actress award, but you will find that it also received the award for best mini-series. This goes on to say that it was perhaps one of the best pieces for one to watch. The show revolved around a girl, Arabella, who was a survivor of sexual assault.

You will find that the show is going to be thrilling in the sense that it takes you on a thought-provoking journey. The show is full of learning and understanding the life of a girl who goes through such an ordeal.

You will find that the winner of the award, Michaela Coel received her award in person later on. This is considered one of the more phenomenal aspects as this wasn’t possible when there was a surge in Covid-19. Due to the introduction of vaccines and better controls, these shows are now able to hold small meetups where awards can be given to the winners.

Who Were The Other Winners?

While I May Destroy You was one of the more talked-about shows and dramas at the BAFTA, you will find that there were plenty more that got the recognition they deserved. For instance, one of the more renowned winners of the evening were Sky’s Save Me, Normal People, and Th Surgeon’s Cut also received a range of awards for different roles. There was a mix of awards that were given to each of these shows.

Did The Crown Make An Appearance On The Winners List?

One thing that you will note is that the Crown did not make an appearance on the winners’ list. This is quite confusing as the TV show has gotten a lot of coverage at other award shows. For instance, the show won an award at the Golden Globes. So, you can understand why people were concerned about the show not winning anything this time around.