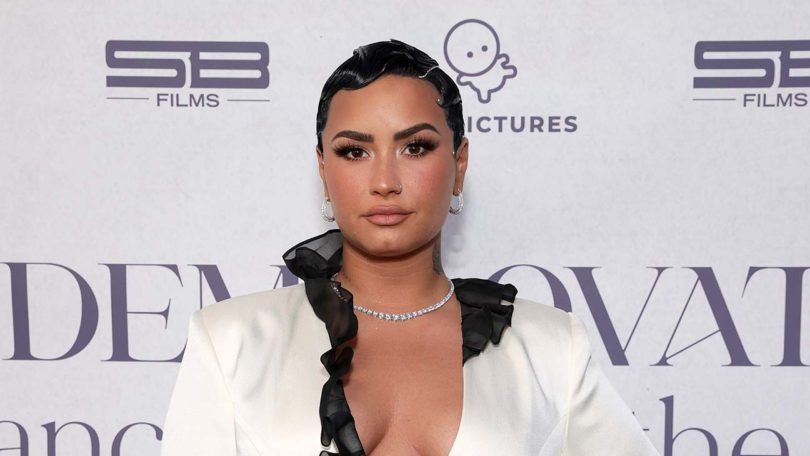 Demi Lovato, an American singer, released a four-part docuseries earlier this year. “Dancing with the Devil” highlights the aftermath of their breakup with fiancé Max Ehrich. The series includes interviews of Demi’s friends and family sharing their thoughts about the couple.

Let’s shine some light on the latter’s relationship.

The rumors about the couple dating began in March 2020. They made their relationship public in May through a cameo in a song. Soon after, in July 2020, they got engaged after a proposal by Max.

However, the engagement was short-lived. Demi and Max decided to separate two months after exchanging rings. Here’s some insight into their breakup.

Story Behind The Breakup

Many speculations have been made about their split. Max claimed that he learned about the breakup through tabloids. Moreover, he accused Demi of turning their relationship into a publicity stunt.

Whereas people close to Demi claim that Max had been well aware of the breakup before it was made public. However, every story has two sides. Let’s gain some understanding through Demi’s perspective.

The docuseries showed an unfiltered video of them breaking into tears few days post the split. They claimed to have been “fooled” by Max. Demi elaborated on knowing very little about Max and rushing into the relationship.

Demi’s family also spoke about how happy Demi had been since finding Max. Thus, it was a shock when the couple started having conflicts.

How Did The Breakup Affect Demi?

Post the split, Demi has invested more time into exploring themself and heal. They continue to look towards the positive outcome of the separation. In their doc, they have acknowledged the reason for rushing into getting engaged.

Moreover, Demi has been exploring their sexuality in greater depth since then. They came out as pansexual in March 2021. Furthermore, they have embraced the pronouns they/them and came out as non-binary too.

Dancing With The Devil: All There Is to Know

The series has more to offer than just the details about Demi’s breakup. Following are some highlights of the documentary:

This was everything you needed to know to update yourself about Demi Lovato’s life. Here is some information about Max that might interest you.

Max is an American actor and recent singer known for his role in “The Young and the Restless.” He has also been nominated for an Emmy Award four times. His debut song is called “Ride”, which he co-wrote as well.

How Is Max Holding Up?

Max had been angry about the breakup, initially posting tweets which he then deleted. Since then, he has invested his time into taking care of his health. He has also been channeling his energy into working out, as evident by his Instagram.

Almost a year has passed since their breakup, and both seem to be coping well. Here’s to wishing them luck in future ventures.