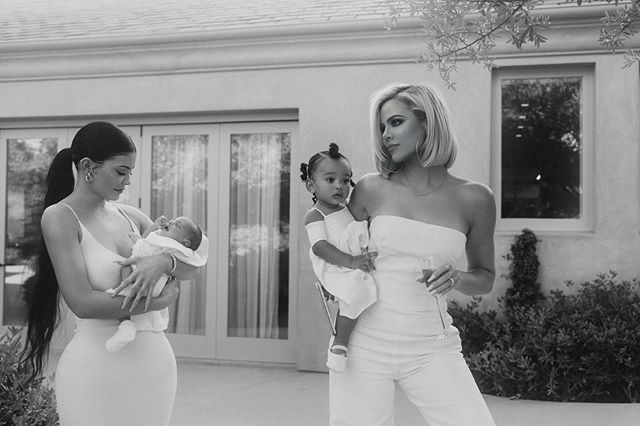 Pregnancy and motherhood have always been revered for as long as humanity has existed. However, it seems that people react differently depending on who is the one that’s pregnant. Strangely, pregnancy isn’t viewed the same across the board when it comes to all women. Some women are seen as a better candidate for motherhood, and that makes some people react differently. How a person reacts to a woman’s pregnancy usually is determined by how they think of her as an individual.

Kylie Jenner, Khloe Kardashian, and Kim Kardashian-West were all three expecting babies. Two of the three were carrying their own baby, and that’s where the surprise comes in. We’ll get into that a little bit later. The public had a much different reaction to the three women and their pregnancies. Anything involving these reality television stars is always murky at best. Still, they seem to always somehow attract attention to themselves in a way that results in the most publicity possible regardless of the situation. Their pregnancies were all television fodder that spilled out onto the world wide web where people were more than eager to give their opinions.

Kim Kardashian-West seems like she may be past her prime when it comes to bearing children. That hasn’t stopped her and her husband Kayne West from producing more offspring. The use of a surrogate mother lets them expand their family without the worry of Kim being too over the hill. The reaction to them using a surrogate has been less than ideal. Many people claim that she is either too old or too selfish and shouldn’t go this route to have a child. It seems that people think these two should’ve let Mother Nature run her course and not had any more children if that was how it all worked out.

Everyone thought Kylie Jenner was too young to have a baby

Kylie Jenner was just 20 years old when she was pregnant. Too young? That’s what many people thought who learned that she was pregnant. How young is too young? It’s hard to believe that people as early as a few hundred years ago were having babies when they were teenagers. Kylie is a millionaire who has more than enough money to take care of a child. Youth is a good thing considering that a child is full of energy and needs someone who can keep up with them. Though, plenty of people are worried that Kylie is still too wet behind her ears to be a good mom.

Khloe of the other two is the one who everyone thinks is best suited for motherhood. The public is on Khloe’s side when it comes to her being pregnant. It’s well known that she has been trying to get pregnant for what seems like forever. Now that she’s finally a mom, it seems that something worked in her favor. Motherhood is something Khloe has always dreamed of, and now she has achieved the one thing that she thought would never happen.

Why are the reactions so different?

The reactions to each of the three women being pregnant couldn’t be more different. Some of it has to do with how we view women in general and pregnant women as a whole. Should someone feel bad that they can’t conceive and want someone else to carry the baby? Is a 20-year-old woman too young to be pregnant? Well, the answer to those questions is based upon what your beliefs are. Someone might think that a person barely over her teenage years is too young to have a child. The only thing that truly matters is the health and welfare of the children, and it appears that all three of these babes are loved and well cared for.