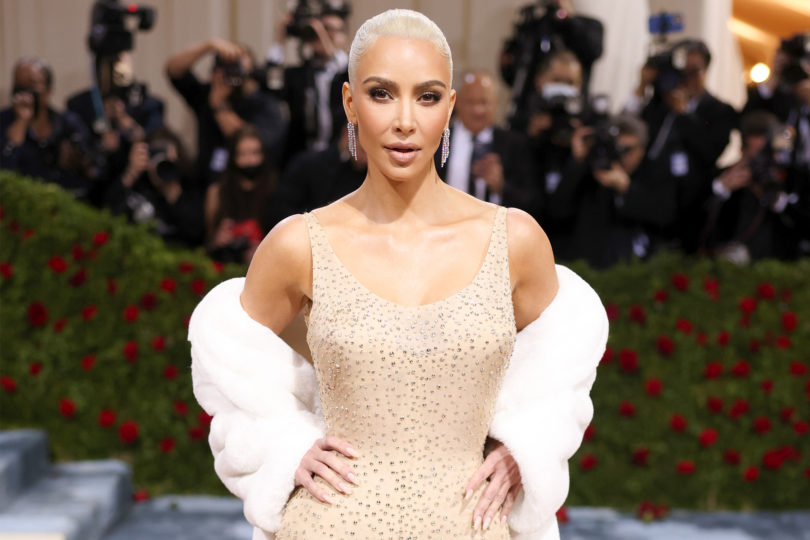 Recently, Kim Kardashian wore Marilyn Monroe’s dress, and of course, everyone had a different reaction. Some people loved the look, while others accused her of running the dress. She wore this gown to the 2022 Met Gala, and it was the Bob Mackie gown that Monroe wore.

Of course, Kim also justified herself when everyone began accusing her of ruining the dress. Here is everything you need to know about what happened.

According to Kim, she respects Marilyn Monroe a lot, and she understands how important she was to American history, which is why she decided to wear her dress to the Met Gala. Kim emphasized that she only had the dress on for a few minutes. She stated that she came to the red carpet in her robe and slippers, and she put the dress on at the bottom of the carpet.

After that, she went up the stairs and only had the dress on for three or four minutes. Then, she changed again at the top of the stairs. There were also handlers that wore gloves to help Kim put on the dress.

That is why there is no way that Kardashian ruined the dress, as she and her team took many measures to ensure the integrity of the dress. That is still preserved.

The Weight Loss For The Dress

Another thing that Kim received a lot of backlash for was the amount of weight she lost to fit into this dress. The star had to shed sixteen pounds to fit into the beautiful dress. According to Kim, she looked at this as a role because she wanted to wear the dress, as it was important to her.

However, while she was losing weight for the dress, it taught Kim about her lifestyle. Ever since then, she has continued to eat healthily, and now she is down more than twenty pounds. The star says that she doesn’t want to lose weight, but she has incredible energy as she has cut off on the junk food and sugar that she was consuming.

Where The Allegation Comes From

The accusation of Kim ruining the dress didn’t just come out of thin air. Instead, Scott Fortner, a collector, alleged that the dress was damaged after they loaned it to the star. Fortner took photos and claims to have taken them on 12th June.

In these pictures, we can see that the dress has rips in the sleeve, tears at the zipper, and some of the crystals are missing. He also took pictures of the dress before it was loaned to Kim, and it was in perfect condition. Of course, none of us know what the real story is and when these pictures were taken.

The Kardashian clan has always been part of many scandals, and this was another one. What do you think about this scandal? Do you think Kim ruined the dress, or is Scott Fortner just stirring up drama for attention? Let us know what you think.